Richard Scarry’s Busytown stories are the hands down favorite of my four children. The fact that they are so passionate about these books adds to my own enthusiasm. Scarry’s books are replete with morals, values, and memories of my own childhood. My mother used to read these stories to my siblings and me when we were young. I loved to hear stories about Huckle the Cat and his pal Lowly Worm, and their many adventures in Busytown. They are timeless classics that appear to be as widely read today as they were thirty years ago.
As a student of market economics I cannot help but realize the true value of Busytown. These books are a wonderful resource for teaching young children sound economics. The key Busytown volume that serves as the best tool for economic instruction is What Do People Do All Day. This book is a series of vignettes that depict the citizens of Busytown involved in various everyday events. Yet within these stories of seemingly routine activities is a treasure trove of economic lessons that can easily be taught to young children. Valuable lessons in saving, exchange and the stages of production are ever present. Depictions of characters acting in their own self-interest to improve their circumstances in a spontaneous market order are a constant theme. There are three stories that illuminate these ideas the best. They are “Everyone Is a Worker,” “Wood and How We Use It,” and “Where Does Bread Come From.” 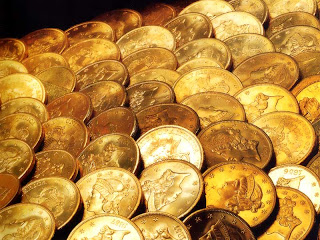 The first story in the book is “Everyone Is a Worker.” It begins by teaching that everyone is an actor in the economy, be they adults or children, by stating that “everyone is a worker.” The elegance of this statement lies in the reality that in a market economy, everyone acts in their own self interest to improve their circumstances, thus benefitting others seeking to accomplish the same.  Scarry introduces us to Farmer Alfalfa, a goat, who grows fruits and vegetables on his farm. A portion of his harvest is kept for himself and his family while the rest is taken into town. Alfalfa’s first stop is Grocer Cat’s market. An exchange takes place: Farmer Alfalfa sells the fruits and vegetables he has grown to Grocer Cat in exchange money. Grocer Cat, in turn, will sell the vegetables to his customers in exchange for their money. Farmer Alfalfa then goes to the tailor shop of a rabbit named Stitches, and another exchange takes place. Farmer Alfalfa takes the money he earned from selling the produce to Grocer Cat and buys a new suit from Stitches. Next we see Farmer Alfalfa seek to improve his productivity by purchasing capital goods. He buys a new tractor from Blacksmith Fox which “will make his farm work easier.” His last stop before heading home is the bank, where he deposits money “for safekeeping,” presumably to consume in the future.
The other actors in Busytown’s economy, Grocer Cat, Stitches, and Blacksmith Fox, are also depicted participating in the market. The question is posed “What did the other workers do with the money they earned?” After satisfying the basic needs of food, clothing, and saving Stitches exercises discretionary spending by purchasing an egg beater, which will be used to make fudge for his family. Blacksmith Fox opts to use his income for purchasing raw materials to produce more capital goods. He buys more iron “to make more tractors and tools.” Grocer Cat buys Mother Cat a new dress and vacuum cleaner with the money he earned selling groceries, and a new tricycle for his son Huckle.  By the end of this story, children have learned the fundamentals of the spontaneous market order which emerges when economic actors are free to act in their own self interest. It becomes very clear that this is the natural way of things, and that this example is worth emulating.
Beyond the fundamentals of the basic market order, children learn of the various stages of production in the stories “Wood and How We Use It,” and “Where Does Bread Come From.” In “Wood and How We Use It” we are told that “we couldn’t live without trees.” Books in our modern epoch might have a different spin on this sort of phrase, using it as a means to convert children to the environmental movement. However Scarry shows us that we could not live with trees as a source for the wood used to create goods we use everyday. He demonstrates how wood finds it way from the forest to its final uses as paper, furniture, boats, and houses.
The opening scene is the early stage of harvesting trees from a forest. Trees are cut down and replaced with seeds to grow new trees to be harvested in the future. Lumberjacks are shown earning their living by cutting down trees, removing branches, and turning the remaining logs over to loggers. The loggers then float the logs down a river to a sawmill. In the mill the logs are transformed into boards of various sizes and taken to a lumberyard. The proprietor of the lumberyard is shown wholesaling lumber to a boat builder, a carpenter, a furniture maker, and “Daddy Pig,” who wants to build a bookcase. These actors are shown transforming lumber bought at wholesale into final goods. The furniture maker transforms the wood he purchased into “beds and chests and chairs.” The carpenter builds a new house, and the boat builder builds new boats, all of which will be sold on the market. Scrap lumber is purchased by the “Foolscap Paper Company” (all employees wear a jester’s cap). The workers in this company are shown transforming scrap lumber into rolls of paper, and selling it wholesale to “ABC Printers.” I ask my children what they think that the printers will do with the paper. Following the story they can very quickly relay why printers would buy paper, and what various goods they could transform it into. The story is almost a perfect illustration of the Hayekian Triangle. 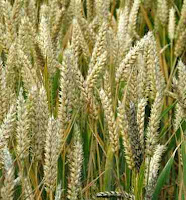 The final story is another example of the stages of production. “Where Does Bread Come From” is the final story in the book. In this story we see wheat transformed though the various stages of production until it is ultimately consumed as bread. All along the way we see a myriad of workers harvesting, transporting, milling, packaging, and baking until we ultimately have bread.
There is one final thought about something in these stories that can not escape an economist’s eye. Noticeably absent from Busytown is the parasitic and paternalistic state. There are a few government agencies present such as the post office and the fire department. Beyond that there is very little sign of the state, and certainly no sign of any government sponsored intervention or coercion. The only permanent character employed by government is Sgt. Murphy, a police officer. Sgt. Murphy reminds us of a time when police served the community by enforcing the rule of law by protecting life, liberty, and property. No more, no less.

Busytown and What Do People Do All Day are excellent resources for laying the foundation of a child’s education in sound economics. The simplicity and logic of the lessons will give them the basic tools they need to advance their minds in a world that seeks to teach them otherwise. Richard Scarry at this young age will surely lead them to enjoying and understanding Mises and Hayek down the road.
at September 11, 2010