Do We Need Conscription to End the Wars? 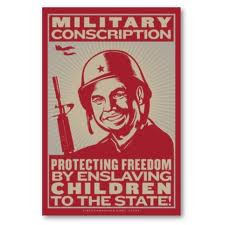 When you confound a statist Keynesian to the point where he calls you an anarchist, you have given the Austrian arguments effectively.
The background is this: A close friend that I served in the military with is for conscription, citing a recent remark by Robert Gates. In his mind sending more of our youth to the Bush-Obama Wars of Democratic Aggression will " increase the social costs of going to war." Somehow he thinks that this will bring about a end to the wars such that "If the country collectively thinks the war is worth it, the country will support it. If the war isn't worth it, the country will vote against it and put enormous pressure on politicians to end it."
I met his backward logic with a long retort in which I stated:
"Why is Gates calling for a draft? Because these wars are unpopular, and no one wants to fight them. He knows that. So his idea is to use the power of government to keep the war going by means of taking our kids out of their lives and into the breach to fight for whatever it is the state is trying to accomplish." 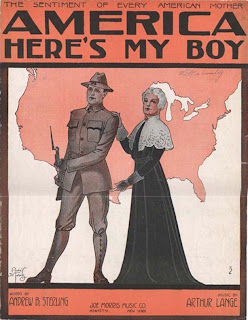 He then sent a longer retort, but I thought that you might enjoy his last paragraph. I am sure you will see it as a compliment rather than a condescending insult, which was the intent, and, that the Austro-libertarian arguments were effective in rattling him! Here it is what he said to me:
"But my argument doesn't make any sense to you because your basically an anarchist. To you, all wars are unnecessary and unacceptable because they are conducted by states. You would never support any war because any state with authority over you is unacceptable - whether its a communist regime like North Korea or the current US government. Thus, a government that requires a registered voter to jury duty is as equally unacceptable as a government that confiscates all of your property and quashes freedom of thought."
To think that I was once of that same mindset gives me the chills! But the persistence of a friend who kept sending me articles from LRC ultimately helped me see the truth! My closing reply to him was:


"You compliment me! You should read Murray Rothbard and LewRockwell.com too! Give the truth a chance!"
at October 02, 2010