Number me among that are skeptics on the long term economic staying power of China. There are a plethora of bulls who think that the world is going to be conquered by China for the next millennium. I doubt it, for reasons I will put in a forthcoming post. 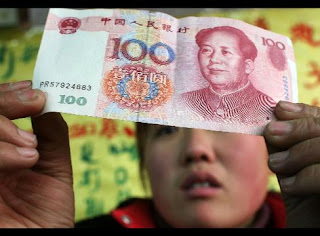 In the meantime, I might not be the only one who thinks that China has problems that the bulls are ignoring. One big one is inflation. The Chinese are orthodox Keynesians and resort to their printing press like any other state with a fiat currency. They continue to print and print, and prices are in a good position to skyrocket in anticipation of the coming inflation being realized by market actors. But if you anticipate inflation and raise your prices, the Chinese state will come after you as Unilever is finding out at the moment.

Some key quotes from this article, with my comments non-italic:

"China has fined consumer products maker Unilever for talking to Chinese media about possible price hikes that triggered a rush to buy while Beijing is trying to rein in surging inflation."


If the Chinese state was trying to rein in inflation, why would they order producers to lower prices? Have they considered easing back on the printing presses? Inflation is the result in an increase in the supply of money, not a "general rise in prices."

Any good Hayekian knows that planning leads to catastrophe. China has a planning agency. They are a lot farther down the road to serfdom than many other states. Another point here: Obviously Unilever was telling the truth or else it would not be getting fined.

"Chinese authorities have told companies to hold down price increases to help cool inflation that spiked to a 32-month high of 5.4 percent in March. The government has declared taming inflation its priority and has raised interest four times since October and imposed lending and investment curbs."

Again, stop printing money and allow market freedom. It will never happen in China until the system collapses. I am not a China bull, more on this later. 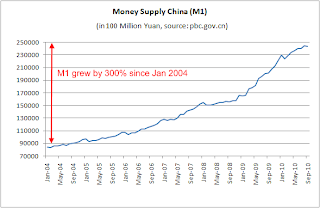 "Unilever is accused of violating orders to makers of noodles, liquor and hygiene products such as soaps to avoid talking publicly about prices, according to the statement by the National Development and Reform Commission."

If I am the CEO of Unilver, I would highlight this at the annual shareholder meeting, and publicly state that any state that that does not let you discuss prices publicly is a failure waiting to happen. That will never happen but hopefully more people are questioning China's economy with more skepticism than they were before. I will continue to be a skeptic for sure!
at May 07, 2011